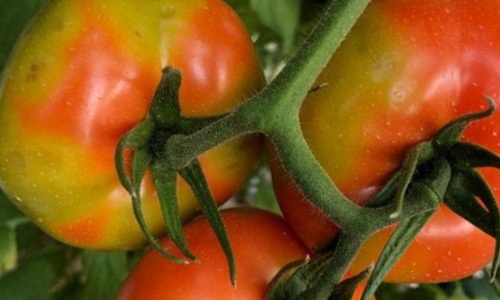 In today's post we will tell you about a new virus that threatens our crops, there will also be some information about plant passports and some interesting facts. We invite you to read.

In the era of the SARS-Cov2 virus pandemic that has been going on for more than two years, the fight between vaccine supporters and their opponents, we do not really want to hear about further threats, especially those that come from viruses . Unfortunately, the vegetable world is not different from ours - the human world. Especially in the era of globalization, spreading viruses between continents is easier than ever, and not just humans. This phenomenon is not new, but it has intensified since our world began to shrink. Traveling has become easier not only for us, but also for various representatives of fauna and flora. Two interesting examples are worth mentioning here:

The first is about animals - or more precisely - rabbits. It is officially assumed that 24 rabbits were brought to Australia from England in 1859. The originator was a certain Thomas Austin, and the poor furry were to be used for hunting. However, the truth is different - rabbits arrived in Australia on January 27, 1788, on board the colony ships of the First Fleet. Due to the warm winter and the lack of natural predators, they multiplied quickly, endangering native species and leading to a small ecological disaster. Their eating away of vegetation led to large-scale soil erosion. First attempts were made to fight them by shooting, but it was to no avail. To prevent them from settling in the new areas, fences over 3,000 meters long were built. Km. The rabbits tried to jump over and dig it up, but it worked. To reduce the number of rabbits, biological weapons in the form of myxomatosis virus were used, but unfortunately they quickly became immune. In 1996, calicivirus imported from China and rabbit fleas from Europe were used against rabbits, which solved the problem of the rabbit plague. Rabbits are still found in Australia, but in small numbers.

The second example of such a threat worth mentioning here is the Panama disease and its latest variant - Tropical Race 4 (TR4). It is a fungus that has been present in banana plantations for 30 years. It infects banana trees through the soil and effectively destroys them by blocking their vascular system. This fungus is carried along with the soil. If it contaminates the ground in a plantation, there is no salvation for it.

In the 1950s, the most popular banana variety was "Big Mike" (Gros Michel). The fungus epidemic completely eliminated this variety. A variety resistant to Panama disease - Cavendish turned out to be a salvation for banana plants. Yes, this is what we can buy in any store. In Poland and abroad. 70% of all bananas sold in the world are Cavendish. This means that the current crops of these plants are so-called monoculture. There are no genetic differences within it. This situation is very dangerous because the lack of diversity means that when a new threat is created, all existing crops may become extinct.

We mentioned Tropical Race 4 (TR4) a moment earlier - what is this? Pathogens, whether viral, bacterial or fungal, are constantly changing in order to adapt to new conditions and new food sources. The common feature of TR4 and Panama disease is the total unsuitability of the contaminated soil. And we are not talking about annual or several-year contamination, but permanent and irreversible contamination.

There are only two solutions - continuous testing of the plantation for the presence of fungus and moving the crops to unpolluted places. Although our planet is huge, the number of places where bananas can be grown is short and the area is already approaching zero. The second solution is to develop new banana varieties resistant to TR4.

It's time to come back to our own - tomato - backyard. We have known about the potato blight or the tobacco mosaic virus for years. We know how to fight these threats and how to protect our crops. These pathogens have become part of the process of growing such plants as tomatoes and potatoes. Unfortunately, for several years we have been observing a completely new viral disease that threatens the cultivation of tomatoes and peppers: Tomato Brown Rugose Fruit Virus, or ToBRFV for short. Virus from the tobamovirus family:

It was first reported to occur in 2014. The main focus of the virus is North America (Mexico). It has also performed in California (USA). In 2018, it appeared for the first time in Europe (Sicily and Germany). In 2019, the virus was detected again in Italy (Sicily, Piedmont) and in Greece, Spain, the Netherlands, Turkey and the United Kingdom, Israel: in tomato crops, mainly under cover. How the virus has penetrated European countries has not been established. We also know that this pathogen has appeared in several crops in Poland. Infected plants have a strongly reduced leaf blade and distinct discoloration and damage to the fruit. The yields are much lower (from 25 to 70%), and the fruit loses any commercial value.

A few noteworthy films, in the first of them Mr. Andrzej Chodkowski, Chief Inspector of Plant Health and Seed Inspection of PIORiN:

In the second one we can see exactly what the symptoms on leaves and fruits look like:

There are currently no pesticides on the market to fight or protect tomato crops against ToBRFV. Despite similarities to the tobacco mosaic virus (TMV) and tomato mosaic virus (ToMV), varieties that are resistant to them do not show resistance to ToBRFV.

The virus is transmitted by mechanical means, through direct contact between plants, on garden tools, gloves, clothing, etc., over a greater distance < b> on plants for planting and grafting material . The possibility of virus transmission by bumblebees during pollination of flowers has been found experimentally. Furthermore, the virus spreads with tomato seeds . It withstands extreme temperatures (above 90 degrees Celsius), high and low pH (2.5-9), in an inactive form - in soil - it can survive for many years.

If the presence of ToBRFV is confirmed in the crop, the contaminated plants should be removed from the greenhouse, taking care not to come into contact with healthy plants and burning.

Prevention consists, first of all, in the control of the place from which we source the material (cuttings and seeds), each operator marketing seedlings and seeds undergoes an annual ToBRFV check - samples are collected leaves and sent to a laboratory to confirm the presence or absence of the virus. Introducing appropriate safety procedures: protective clothing for employees, disposable gardening tools (or disinfected), not entering different greenhouses in the same clothes and not using the same tools in them.

Now for a moment a little digression. We often get questions about plant passports. Do we issue such documents, do we have them and basically - what do they need them for? Soon we will devote another post to this topic, where we will talk about these documents much more broadly. One of their functions is the ability to trace the entire path taken by plants. From the seed to the end of vegetation. A few years ago, the law related to the distribution of plants and seeds changed: while before the amendment, such documents were issued only by large production companies, after the changes the obligation to issue passports is required by any entity selling any live plants (or seeds) via the Internet. Even if only single leaves are sold (such as pansies). To be able to issue passports, you must pass the appropriate examination at the Poviat or Provincial Plant Protection Inspectorate.

And now we connect all our dots - why do we need passports? A hypothetical situation - we have a tomato crop in which an unknown disease appears. We ask for help in identifying it to the local branch of the Plant Protection Inspectorate. The inspector checks and confirms the infection with ToBRFV. Based on the analysis of the passport attached to the seedlings bought online, it goes to their producers enta. Thanks to the documentation of the sale of seedlings, it is also known where the infected material was sent. The same virus is also present in the cultivation here, which was not there before. Again, by analyzing the documents (passports), it is possible to establish the place of origin of the seeds from which the seedlings were prepared. A check carried out on the farm where the seeds were produced shows the presence of the virus. In this way - along the thread to the ball, you can trace the entire path that the virus has traveled. From the beginning of the infection to the very end. Introduce countermeasures, quarantine and destroy infected plants.

This mechanism allows us to protect our crops, limit the spread of known and unknown diseases.

Finally, a positive message in the ToBRFV range. From 2021, the first commercial varieties with increased resistance and total resistance are available. These varieties are being worked on by, among others such companies as: Bayer, NRGene, Philoseed, TomaTech, Enza Zaden. The starting point for finding tomato genes resistant to this threat was to find a variety with the resistance gene from wild tomato varieties . As you can see, the rich genetic pool and its diversity allow our favorite plant to survive. This feature was lacking in both the Australian rabbits and the banana hounds. 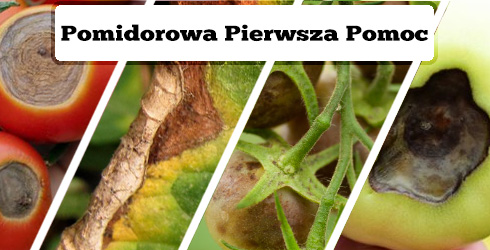